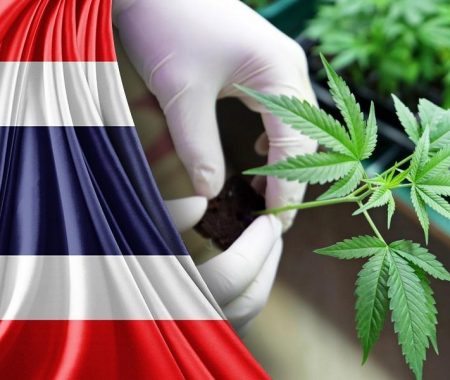 Thailand, which legalized medical cannabis in February of 2019, is leading the paradigm shift, but not without controversy as they proceed to integrate different interests in their jurisdiction. The authorities aim to benefit not only patients, but also researchers, farmers, tourists, and domestic business while protecting the Thai market from big pharma and intellectual property theft, as well as considering international narcotics treaties. This leads to a complex licensing practice and a diffuse schedule of responsibilities to secure strict and safe practices around the medical substance. At the same time, several countries in close proximity also made steps in the direction of legalization. Thailand acknowledges it’s a first-mover advantage and keeps making quick adjustments to the jurisdiction, in order to secure its edge in developing the cannabis sector. This indicates their goals to become a key player in the region. Unsurprisingly so, since Thailand seems destined for good, though competitive cultivation and working conditions and the plant was popular in the traditional Thai medicine for centuries. Further, the unique strategic position as a strong exporting country within the ASEAN Free Trade Area with a widely known medical and tourist sector leaves room for ambition.

With the publication of the royal decree in the Royal Gazette on 18 FEBRUARY 2019, MEDICAL CANNABIS WAS OFFICIALLY LEGALIZED. The so-called “Narcotics Act of 2019” is a modification of the Narcotics Act of 1979, whereby cannabis was still classified as a class-5-narcotic, which changed in the process. While the recreational use of the substance remains illegal Thai citizens are now allowed to apply for cannabis treatment following the new legislation. However, they have to exhibit one or more of 38 REGISTERED MEDICAL CONDITIONS which are subjected to cannabis therapy.

Moreover, RESEARCH, CULTIVATION AND PROCESSING, IMPORT AND EXPORT are now permitted. So far, however, several months after the legalization, this is only a vision. Currently, only a few dozen patients are in therapy, and to gain approval seems challenging. While the basic framework of the cannabis legislation was published soon after the resolution, there is a lack of regulatory specifications up until now. Many aspects of the legal procedures are just not defined yet, while others were brought on the way. This delays the formation of suitable supply infrastructure.

Jurisdiction and licensing for medical cannabis are not fully in place yet. Nevertheless, a rough framework has been published, stating essential aspects. In general, SEVEN GROUPS were identified and granted licenses, including governmental and research organizations, doctors and practitioners as well as patients. Each of these groups has to follow particular guidelines to obtain permission to either consume, possess, research or produce and trade in cannabis.

To develop the respective guidelines, granting licenses and reviewing them are shared duties of the ONCB (Office of Narcotics Control Board), the Thai FDA (Food and Drug Administration) and the MINISTRY OF PUBLIC HEALTH. The GPO (Government Pharmaceutical Agency) furth plays a significant role as the state-owned research agency. Detailed regulations on cultivation and manufacturing will most likely be based on the findings of their research and their assessment of suitable methods. Together with the new legislation allowing for medical cannabis an EVALUATION PERIOD OF 5 YEARS was determined.

Moreover, PRIVATE COMPANIES are not yet explicitly among the seven groups permitted to hold licenses. This does not necessarily mean that private enterprises are excluded from the market. Nevertheless, at this point, it determines that private companies who want to cultivate cannabis must work in cooperation and under license of one of the authorized groups. The company further must be registered under Thai law, have an office registered in Thailand, and at least two/thirds of directors, partners or shareholders must be Thai nationals. A protective measure by the Thai government which protects state-owned investments against big players from overseas. These limitations are specified in the “Guideline for approval of a request for plantation of cannabis B.E. 2562”, which defines FOUR GROUPS qualified for APPROVAL FOR CULTIVATION:

According to the Bangkok Post, there are currently about 390 DOCTORS, PHARMACISTS, AND DENTISTS permitted to prescribe cannabis medicine (which represents approximately 1% of the professionals of medicine). Besides, permanent secretary for public health stated that around 100 HOSPITALS HAVE ISSUED REQUESTS to the ministry to use medical cannabis.

Within three months before legalization, 30.000 people registered online to apply for therapy, and 140.000 users visited the homepage. 1.06 million potential patients are showing the most severe conditions treatable. Adding the prevalence of minor conditions constitutes a group of 13 million patients. At least 10% of the patients could embrace medical cannabis. Therefore, at least 1.3 million potential patients. Further, the Thai government wants to allow households the cultivation of max. 6 medical cannabis plants. The yield can then either be sold to the government for approx. $2.200 per kilo or used for treatment.

Regarding the number of patients, the three most severe conditions for which therapy with medical cannabis is permitted are chemotherapy-related side effects, epilepsy and multiple sclerosis. Nationwide, 586.000 patients have been diagnosed with cancer, according to the WHO. Further, 473.249 people have experienced episodes of convulsion, a symptom of epilepsy, according to the Thai Ministry of the Interior. In addition, there are 1,300 Multiple Sclerosis patients currently known. These constitute a group of 1.06 million potential patients, showing the most severe conditions treated. Additionally, minor conditions like back pain, glaucoma, depression, and muscle problems qualify for cannabis therapy, which would lead to a much larger group of potential patients. In total, adding the prevalence of these minor conditions, this constitutes a group of 13 million patients. Considering the obstacles for patients and other emerging difficulties, at least 10% of the patients could embrace medical cannabis. Therefore, in total numbers, at least 1.3 million patients could gain the right for a medical cannabis license, depending on the issuing practice of patients licenses, their supply, and their quality. Not all patients will trust the effects of medical cannabis. Only the practice of licensing will show how strict the requirements for treatment will be in the end. Moreover, the country’s productive capacities are currently unfit to meet the soaring demand of over 30.000 patients, who have already applied. Therefore, to conduct realistic estimates we ran calculations with various numbers of patients, from 106.000 to 1.3 million.

In 2018, approximately 3.7% ($18 billion) of the country’s GDP was designated to healthcare. Domestic pharmaceutical sales constitute 12% of the general healthcare expenditure ($5.4 billion). This figure is subjected to further growth, due to a rising life expectancy. In 2026, 25% of the population (17million) could be elderly people. Elderly people are proven to be the most interested in medical cannabis therapy since it can reduce high blood pressure and arthritis, amongst others. Until 2024 pharmaceutical sales could grow to $11.5 billion, which would add up to 29% of the country’s healthcare spending. Considering factors like, the relative price difference, the high demand due to traditional medicine, exports, medical tourism, rising life expectancy and adding the value of ancillary markets, we predict a TOTAL NATIONAL ECONOMIC VALUE OF $2.5 BILLION IN 2024.

The first batches of cannabis oil are estimated to carry a PRICE tag of 500 Baht ($16) per 5ml bottle. The cannabis oil on the black market is sold for approximately 1,000 Baht ($32) per bottle. Wholesale Price: $1.200 per kilo corresponds with the wholesale price on the world market, currently being around $4000 per kg (according to the latest purchasing of Germany with Aurora) but expected to drop further. The health minister plans to distribute 1.000.000 bottles of medical cannabis to patients within six months. Assuming a bottle size of 5ml of full extract oil, this could lead to a demand of over 5 tons of medical-grade cannabis within six months. With an estimated price of $1.200 per kilo, this would add up to $6 million in wholesale expenses, as opposed to $16 million in sales for the next 6 months. Yet, we expect Thailand to be capable of producing at lower costs than Canada soon. Therefore we estimate the WHOLESALE MARKET VOLEUM OF $46 MILLION – $312 MILLION IN 2024.

Domestic pharmaceutical sales constitute 12%  of the general healthcare expenditure or $5 billion. Further, 80% of the pharmaceutical sales consist of prescription drug sales while over-the-counter sales make up 20%.In countries that have legalized medical cannabis, cannabis sales represented around 5% of the overall prescription drug sales 5 years after legalization. Therefore we estimate the PHARMACEUTICAL SALES MARKET VOLEUM OF $ 311 MILLION – $ 388 MILLION IN 2024.

Countries in the region, like Hong-Kong, South-Korea, Singapore and Malaysia, have already stated their interest in importing high-quality medical cannabis,  once Thailand can export its their products. With the new regulations concerning CBD, new emerging markets could potentially outperform medical cannabis by far in the near future. Additionally, Thailand is a declared export country. Therefore we estimate the EXPORT POTENTIAL OF $ 618 MILLION IN 2024 (representing 1% of the projected world market)

Thailand is currently the third-most- visited country by medical tourists in the world. Further, the tourism minister plans to integrate cannabis into a new tourism strategy. Therefore we estimate the MEDICAL CANNABIS TOURISM OF $60 MILLION IN 2024. 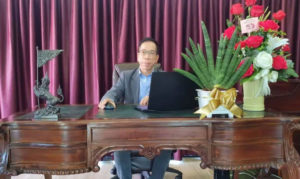 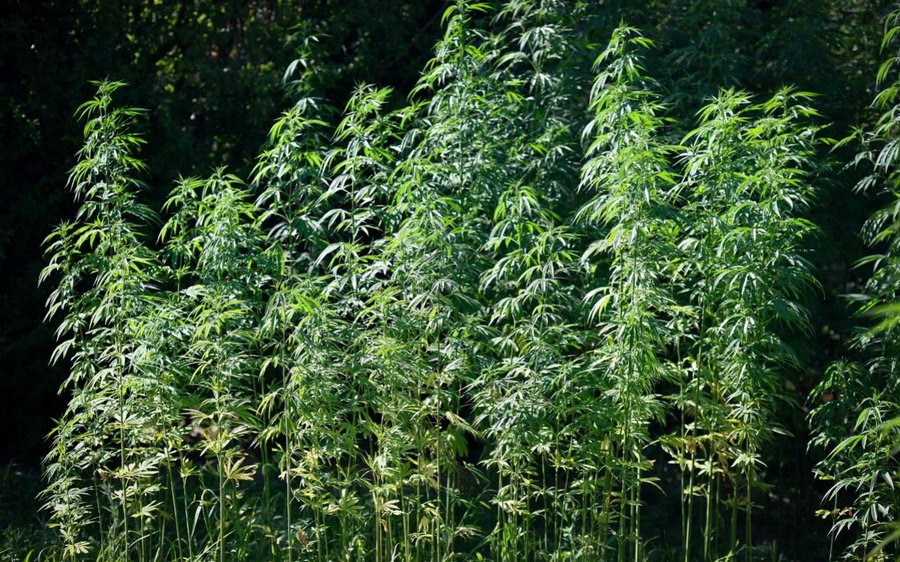